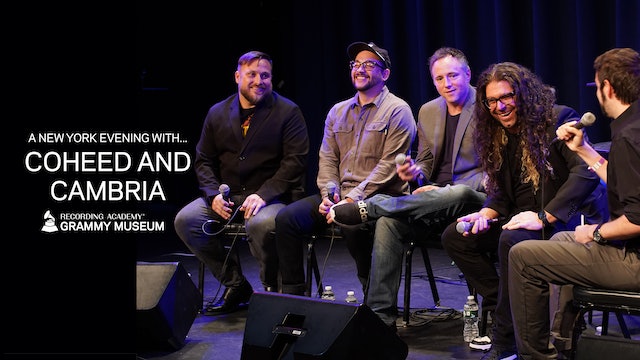 "On October 7, 2022, the GRAMMY Museum was thrilled to present an intimate conversation and performance with Coheed and Cambria in the Leonard Nimoy Thalia Theatre at the Peter Norton Symphony Space­­­­­­­­­­­­­­­­­­ in New York City. The conversation was moderated by Billboard’s Executive Director of Music, Jason Lipshutz, and spanned the band’s 20-year career, from their early beginnings to their triumphant album, Vaxis II: A Window of the Waking Mind. The band also performed a rare acoustic set.

Coheed and Cambria is one of many artists to be featured in the GRAMMY Museum’s brand-new New York City program series titled “A New York Evening With…” presented by City National Bank, which includes bringing a slate of the GRAMMY Museum’s renowned education and Public Programs to the East Coast in partnership with the City of New York Mayor’s Office of Media and Entertainment.

ABOUT COHEED AND CAMBRIA:

For the last 20 years, Coheed and Cambria have continuously broken the mold of what a rock band can be, forging their own path and building a universe around their music unlike any other. Whether it is in the way their genre-spanning approach to songwriting has allowed them to bridge worlds without being contained to one, or the multifaceted story arc of their albums and comic book series which mark the longest running concept story in music, Coheed and Cambria have consistently shaped new standards, never conformed. Comprised of Claudio Sanchez (Vocals / Guitar), Travis Stever (Guitar), Josh Eppard (Drums) and Zach Cooper (Bass) the band has gripped listeners and press around the globe with their visionary compositions and conceptual mastery.

Their 2022 album, Vaxis II: A Window of the Waking Mind, was produced by the band’s own Claudio Sanchez and Zakk Cervini and features the singles, “Shoulders,” which gave the band the first top 10 single of their career,” “The Liar's Club,"" and “A Disappearing Act” which made its way on the Alternative radio chart. Named one of Consequence’s “Top 20 Metal & Hard Rock Albums of 2022 (So Far),” while Revolver called it “A perfect record for the Pandemic Age.” Vaxis II: A Window of the Waking Mind has garnered critical acclaim from around the globe." 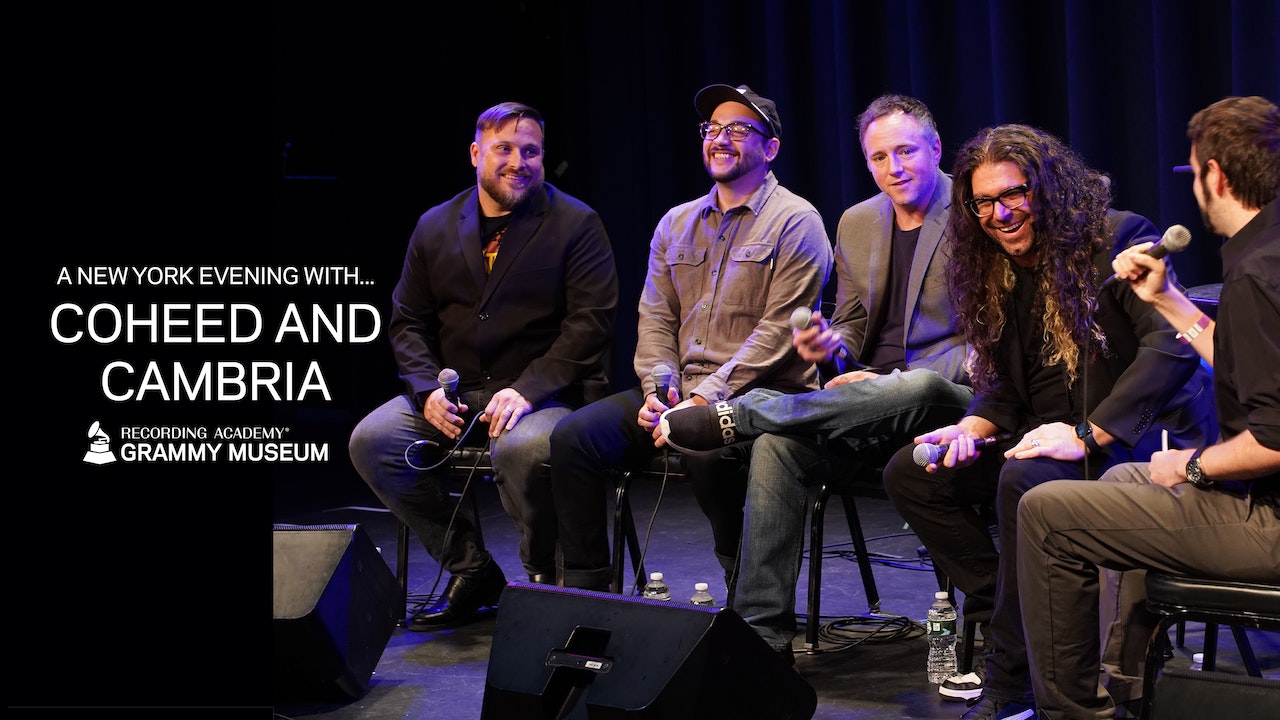